In Memory of Charley 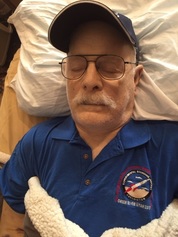 Charles “Charley” Hoult passed away early Wednesday, November 23rd, at his home in Culver City. Charley had a huge helping hand in getting ESRA going and will always be remembered. Charley was diagnosed with AML –Acute Myeloid Leukemia — less than one month ago, October, 2016. He received platelets for his white blood cells and transfusions to increase his HGB as well as a week of chemotherapy.

After 1977 he worked for The Aerospace Corp., El Segundo, CA, and TRW (later part of Northrop Grumman), Redondo Beach, CA until his retirement in 2007. During these thirty years he supported the Titan launch vehicle and various classified satellite and missile defense projects.

Starting in 2006 he returned to his first love, sounding rockets, by accepting an appointment as Mentor in the Mechanical & Aerospace Engineering Dept. at California State University Long Beach. Most recently, he has served as an Adjunct Professor in the same Department.

He was educated at the Massachussettes Institute of Technology (MIT) and the University of California, Los Angeles (UCLA). He was a member of the AIAA, the Planetary Society and the Air Force Association. His sounding rocket publications include 17 papers on mission planning, structural loads, trajectory dispersion and post burnout attitude.
His website, Rocket Science and Engineering Technologies, offers open source software for anyone who seeks tools for amateur rocket design.
Most of Charley's ashes will be scattered at sea after the memorial service on 17 December, but some will be reserved for launch aboard his California State University, Long Beach (CSULB) students' rocket at the 2017 Intercollegiate Rocket Engineering Competition (IREC). These ashes will be scattered in the atmosphere when the parachute is deployed at apogee.
Charley's wife, Dr. Janet Hoult, has offered to have donations in Charley's memory be given to ESRA. If you would like to donate in Charley's memory, please use the PayPal link below.