​Competition Officials present two awards recognizing teams competing in the IREC whose conduct throughout the Spaceport America Cup is exemplary of goals and ideals held by the event organizers. The Spaceport America Cup is an event where academia, industry, and the public may come together to preserve, popularize, and advance the science of rocketry in a collaborative environment energized by friendly competition.

Competition Officials present four awards recognizing technical achievement to deserving teams competing in the IREC. A description of each award may be found in the IREC Rules & Requirements Document.

One team among the First Place Award winners in the six IREC categories is named the overall winner of the IREC, and receive their own copy of the Genesis Cup! A perpetual trophy rendition of the Genesis Cup is displayed in the Gateway Gallery at Spaceport America. The recipient of this award is determined by qualitative assessments of the competition officials made throughout the event.
Genesis Cup - Team 47 - McGill University 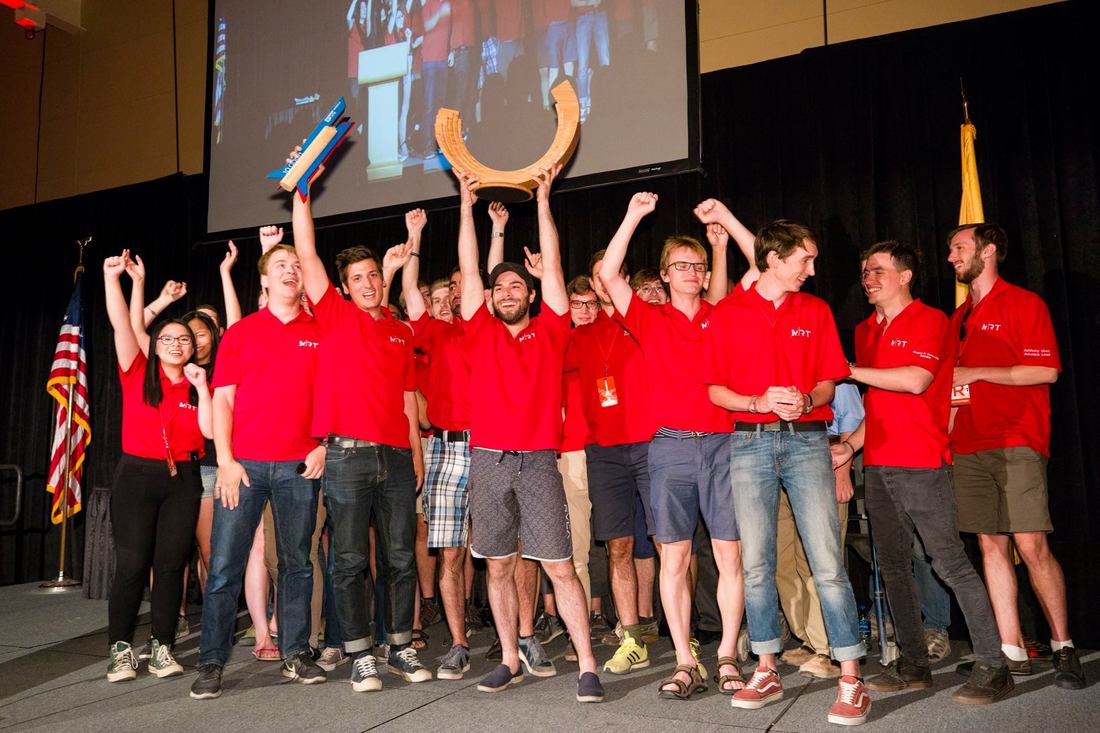 The following file contains overall flight performance and final total score information recorded before the end of competition at the 2018 IREC. Note that final total score is not necessarily indicative Place Award eligibility, in accordance with the IREC Rules & Requirements Document.

These reports and presentations were prepared by students as part of Intercollegiate Rocket Engineering Competition (IREC) requirements.  They are not the work of licensed engineers and have not undergone the extensive verification or peer review expected in a professional publication.  The information, data, conclusions, and other content presented in these reports should not be used without thorough, independent verification.  University faculty members were associated with these projects as advisors or instructors but, are not responsible for the accuracy of results or conclusions in these roles.
The Spaceport America Cup is intended as an ITAR-free event. U.S. persons (U.S. citizens and permanent residents) are responsible for ensuring that technical data they present in open sessions to non-U.S. persons in attendance or in conference proceedings are not export restricted by the ITAR. U.S. persons are likewise responsible for ensuring that they do not discuss ITAR export restricted information with non-U.S. nationals in attendance. Similarly, US person authors of IREC Project Technical Reports as well as Podium Session submissions and associated slide decks are responsible for ensuring the content of their materials does not exceed the interpretation of "fundamental research" and the ITAR established by their affiliated academic institution(s).

In accordance with the IREC Rules & Requirements Document, 24 Technical Presentation Topics submitted to competition officials in the form of an Extended Abstract were selected for inclusion in the 2018 SA Cup Conference Podium Session.  The 2018 SA Cup Conference Podium Session also featured a presentation by students from Brigham Young University, Utah - who submitted a presentation on their design, construction, and testing a sounding rocket intended for flight to just over 100,000 ft AGL (designated team 205). They - along with three other high-altitude teams from the University of Michigan, The Ohio State University, and Saint Louis University -  attempted the first full scale flight of this system at the Second Annual Spaceport America Cup - on Thursday, 21 JUN. Below is a list of the IREC Teams whose Extended Abstracts were accepted, as well a file containing brief summaries of these presentations, and compressed zip file containing the associated presentation slides. (Note that some files may be missing either because the courtesy copy was corrupted, or not provided by the team.)

In accordance with the IREC Rules & Requirements Document, all competing teams submitted Project Technical Reports (PTR) to competition officials. The following files contain the PTRs for the winners of the six IREC Categories and the SA Cup Conference Podium Session selectees. Inclusion in this list is not necessarily reflective of the report's quality by itself.  (Note that some files may be missing either because the courtesy copy was corrupted, or not provided by the team.)